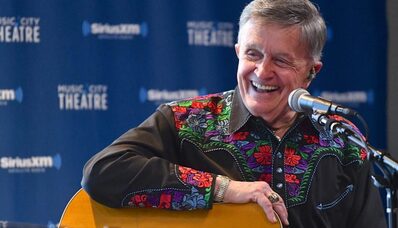 ​
Contact:
315-686-2200
For over fifty years, Bill Anderson has captured the attention of millions of country music fans around the world, en-route to becoming a member of the Country Music Hall of Fame and one of the most popular, most enduring entertainers of our time. He's known as "Whispering Bill," a nickname hung on him years ago as a result of his breathy voice and his warm, soft approach to singing a country song. His credentials, however, shout his prominence: One of the most awarded songwriters in the history of country music, a million-selling recording artist many times over, television game show host, network soap opera star, spokesman for a nationwide restaurant chain, and a consummate onstage performer. His backup group, The Po' Folks Band, has long been considered one of the finest instrumental and vocal groups in the business.